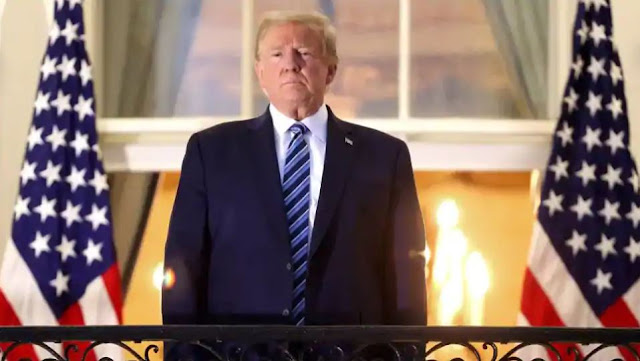 US President Donald Trump was discharged from hospital on Monday (October 5) following his COVID-19 diagnosis and he returned to the White House. Upon his return to his official residence, President Trump removed his mask for a photo op. The move left netizens in shock as Trump is still infected with coronavirus.

Pictures and videos available on Twitter and other social media platforms show President Trump climbing a set of stairs at the White House and he then removed mask. Trump was also seen gasping for breath.

One user wrote,”Trump climbs a few steps to the White House, takes off his mask and then is visibly gasping and having difficulty breathing while he tries to wave and pretend everything is fine.”

Netizens slammed Trump for removing his mask for the photo-op and also risking his family and staff to the infectious disease. Several people said that Trump did not do the right by getting discharged from hospital.

Here is how people reacted:

It is to be noted that Trump was discharged from the Walter Reed National Medical Center after he was found fit by the doctors to go back home.