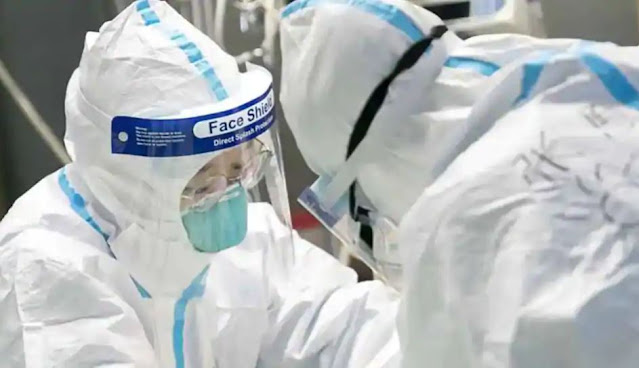 Prime Minister Benjamin Netanyahu`s cabinet decided on Thursday to tighten Israel`s coronavirus lockdown after he voiced alarm that a surge in infections was pushing the nation to "the edge of the abyss".

Israel went back into lockdown, its second during the pandemic, on September 18. But over the past week, the number of daily new cases has reached nearly 7,000 among a population of 9 million, severely straining the resources of some hospitals.

"We reached a decision to pull the handbrake," Deputy Health Minister Yoav Kisch said on Israel Radio about the cabinet decision, without giving precise details of the restrictions.

Israel Radio and several Israeli news sites said the revised edicts, due to take effect on Friday pending parliamentary ratification, will allow fewer businesses to operate, and only in "essential" sectors such as finance, energy, health, technology, agriculture and food sales and production.

The current 1,000-metre (0.6-mile)- limit on travel from home, except for activities such as grocery and medicine shopping and commuting to work, will now also apply to attendance at street protests, the news reports said.

The revised edict was likely to put a damper on demonstrations outside Netanyahu`s Jerusalem residence, where protesters, many of them from outside the city, have been calling for his resignation over alleged corruption.

He has denied charges of bribery, fraud and breach of trust in a trial that resumes in January, and rejected allegations from protest activists that a tougher lockdown was essentially aimed at quashing the demonstrations against him.

"In the past two days, we heard from the experts that if we don`t take immediate and difficult steps, we will reach the edge of the abyss," Netanyahu said in public remarks to the cabinet, which met for about eight hours.

Schools will remain closed, but the cabinet decided against shuttering synagogues on Yom Kippur, the Jewish Day of Atonement, next week, media reported. The number of worshippers, however, will be limited.

Infection rates in close-quarter ultra-Orthodox Jewish neighbourhoods and towns in Israel have been high, but religious parties in the coalition government had opposed shuttering synagogues.

Since the outbreak began, 1,316 people have died in Israel and some 200,000 cases of coronavirus have been reported.

The current second wave of infections followed an easing in May of a lockdown imposed in March.