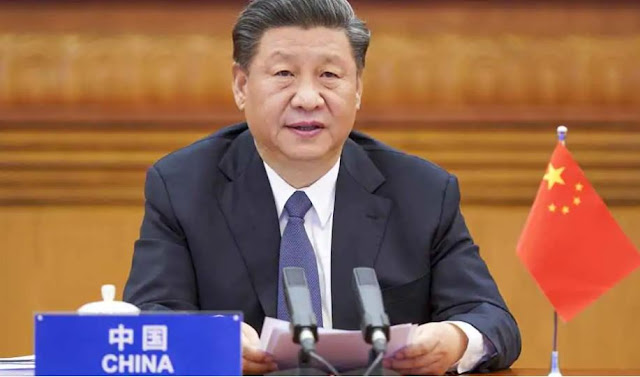 China is on an aggressive mission to further its expansionist agenda and troubling its neighbours. Currently, China has adopted an aggressive approach at different border fronts including elevated conflicts with India, Philippines, and Japan, among others. Though the Ladakh standoff has pulled a significant amount of traction, China's conflict in the waters of South and East China Seas have largely gone unnoticed.
The conflict over Japan-controlled Senkaku islands in the East China Sea is a long standing issue between the two Asian countries. In order to begin its campaign for dominating the East China Sea, China announced its Air Defence Identification Zone (ADIZ) over Senkaku islands in 2013. Most of the region of the ADIZ declared by China comprised of the territory controlled by Japan. Since then, China has been intruding over the Japan controlled land to claim its ownership.
The People's Liberation Army Air Force (PLAAF) aircrafts have been roving over the Senkaku islands for the past few years, poking Japan as well as testing combat capabilities of Japan Air Self Defence Forces (JASDF) in situations of a clash. Observers believe that it is also a tactic of training Chinese PLAAF for a probable conflict with Japan. Besides,Chinese ships and submarines have made several trips around the waters of Senkaku islands as well.
Since 2013, Chinese flights have made at least 4,400 incursions by flying over the ADIZs of Japan, South Korea, and Taiwan, highlighting the Chinese desire to bully the neighbouring powers and creating instability in the region. Japan has been one of the most prominent targets of the PLAAF as they made at least 675 incursions into Japan's ADIZs in 2019.
Over the years, Chinese attempts to make incursions over Senkaku islands have become more advanced and coherent. A decade earlier, Chinese incursions over the Senkaku were mostly carried out by single Y-8 Early Warning Aircrafts. However, currently Y-9 reconnaissance aircrafts and H-6K bombers are used to intrude over the Japanese territory. China has been deploying a combination of aircrafts to intrude over Japan's airspace. Prior to 2016, Y-8, Y-9, H-6K, Tu-154 and Su-30 , were deployed in a combination for flying over Japanese territory while the current deployment consists of more advanced J-11 fighters.
One of the major reasons behind continuous Chinese incursions is also to provoke the JASDF and wear out their resources and coerce them. The incessant incursions by China is also an attempt to keep reiterating its claims over the Senkaku islands and situate itself in a more commanding position in the East China Sea. The JASDF has been strongly responding to China's intrusions and believes that China should be given a befitting response every time they intrude into the Japanese territory.
Though China is not in a position to fight an all-out war for Senkaku islands, however, it wants to keep the issue alive and reiterate its claims over the territory. The defence pact between Japan and the USA also acts as a barrier for China. It understands that any stability or peace in the East China Sea would mean accepting Japanese claims over Senkaku islands and further strengthen Japan’s ownership of the land. Hence, the commotion by China is just an attempt to create instability to keep its prospects alive to annex the Senkaku islands in future.
The possibility of China to launch an aggressive attack to create tensions over Senkaku islands, similar to the standoff in Ladakh, cannot be ruled out. From East China Sea to South China Sea — China is on an aggressive campaign of occupying the foreign territories by exploiting the existing instability and hostile conditions due to the Covid-19 pandemic.
A pro active action by the Quad nations could help in encircling and limiting China from furthering its expansionist agenda. This also reflects the need of modifying Quad to Quad Plus by including ASEAN countries and other regional players. Besides, a coordinated strategy between Japan-Taiwan-South Korea could help to combat China's air intrusions in the region. There is also a need for countries like India, US, and Japan to potentially train the Taiwanese armed forces and those of Vietnam and Philippines, besides supplying arms and equipment, in order to build their capacity to comprehensively combat China in the high seas.
The ‘Lone Wolf’ tendency as well as the expansionist agenda of China can be efficiently countered by the coming together of regional maritime powers. Instead of different strategies to combat China at different maritime fronts, countries can come together to constitute a coherent alliance involving maritime players with presence in the Indian Ocean,South China Sea, East China Sea, Indo-Pacific, and other fronts. On lines of diplomatic initiatives like the Democracy-10 alliance or the Inter-Parliamentary Alliance on China, democratic nations can also work towards forming an umbrella maritime alliance for containing China's expansionism at the sea front as well.