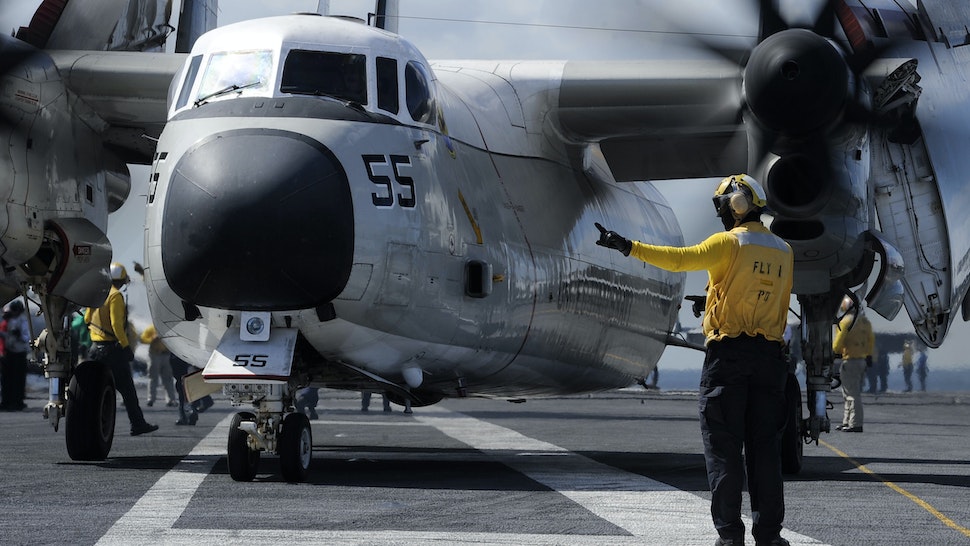 Capt. Brett Crozier, who was removed from duty on the USS Theodore Roosevelt last week after penning a demand letter to his superiors, begging for assistance with a coronavirus outbreak on board the aircraft carrier, has tested positive for COVID-19, CNN reported Sunday.

Crozier began exhibiting symptoms of the virus “before he was removed from the warship on Thursday, the [New York] Times reported, citing two Naval Academy classmates of Crozier’s who are close to him and his family.”
The news comes just days after Crozier was removed from duty — a decision made, the Department of Defense says, after Crozier decided to copy more than a dozen additional officials on what should have been a communication made directly to his superiors.
In the letter, Crozier pleaded with Navy higher-ups, noting that “decisive action is required” to handle the outbreak, which has so far sickened 155 sailors. “We are not at war, and therefore cannot allow a single Sailor to perish as a result of this pandemic unnecessarily,” Crozier wrote.
The letter leaked to the press and was published, in full, in the San Francisco Chronicle.
Acting US Navy Secretary Thomas Modly made the decision to remove Crozier from command last week, citing “panic” created when Crozier’s memo hit the media. Modly noted that Crozier “exercised extremely poor judgment” in disseminating the letter to those outside of the chain of command.
Defense Secretary Mark Esper appeared on CNN’s State of the Union Sunday morning and defended Modly’s decision, according to the network.
I think acting Secretary (Thomas) Modly made a very tough decision — a decision that I support. It was based on his view that he had lost faith and confidence in the captain based on his actions,” Esper told host Jake Tapper. “It’s just another example (of) how we hold leaders accountable for their actions.”
Esper did say that there is an “ongoing investigation” into the matter, however. He also assured Tapper that Modly did not act on orders from the White House, despite rumors to the contrary that floated on social media Sunday morning.
The military has not been immune from the coronavirus pandemic. Military Times reports that five members of the miltiary have now died from the virus, and infections are “on par” with the general American population. Two aircraft carriers, including the USS Theodore Roosevelt, have seen cases of the virus.
“During these times, it is important that we minimize person-to-person interaction and practice social distancing, whenever possible,” Secretary Esper said in a memo released to service members on Friday. “I know this can be challenging in certain situations, as every unit, installation, and mission is unique.”
Some members of the U.S. military will be deployed to help in hot zones, President Donald Trump said Saturday, including “1,000 military personnel are being sent to New York City, including military doctors and nurses,” per MSN. The military is also operating several “overflow” hospitals in major cities like New York and Chicago, handling patients who exhibit only mild symptoms of coronavirus, or non-coronavirus related overflow from nearby hospitals.