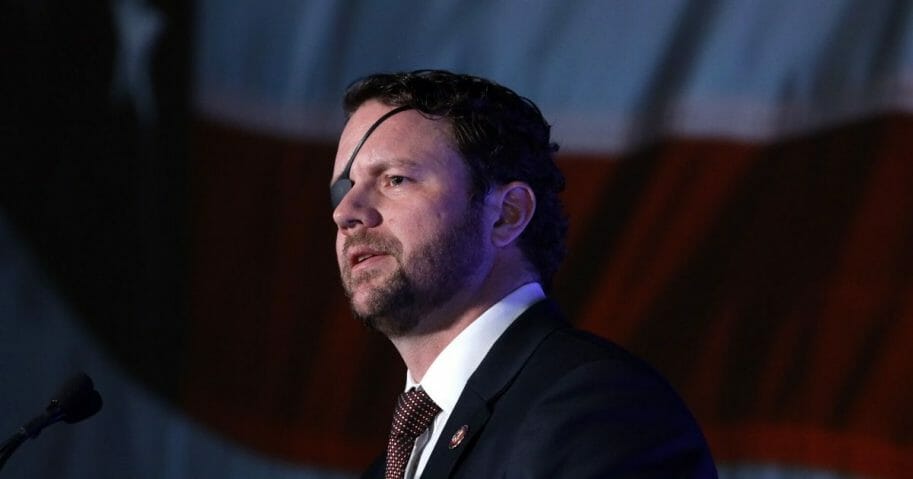 Texas Rep. Dan Crenshaw, a rising star among GOP lawmakers, asked Americans to remember President John F. Kennedy’s famous call to action on Fox News on Monday.
Appearing remotely on “Fox & Friends,” the former Navy SEAL spoke about what he thinks Americans can do to mitigate the spread of the coronavirus.
On the fight against the virus, Crenshaw offered his thoughts on how he thinks everyday people can make a difference.
“Fox & Friends” co-host Brian Kilmeade asked the congressman about his military service — in which he lost an eye during combat — and how the journey described in his new book can help others in a time of crisis.
Discussing his book “Fortitude: American Resilience in the Era of Outrage,” Crenshaw described writing about his journey and said that through his personal hurdles after leaving the service, he gained a great deal of “perspective” and “gratitude.”
“From that gratitude comes hope and perseverance,” he told Fox.
Crenshaw then said Americans must focus on a series of of small missions that must be executed by every citizen in order to vanquish the virus.
“The big mission is to get back to our lives, the big mission is to keep ourselves healthy, OK, so how do you do that?” the Republican asked. “There are a series of smaller missions. … You have a duty to get those small mission done.”
“Maybe that’s supporting your local business,” he added. “Maybe that’s making sure that you wash your hands and cover your face any time you are in public or interacting with other people.”
“The more we understand about this virus, the more empowered we actually are, so instead of always waiting for somebody to help us, Americans should remember the American spirit,” Crenshaw said.
“The American spirit really is about personal responsibility and accountability and taking on those smaller missions and asking what more we can do.”
The veteran then asked Americans to remember Kennedy’s 1961 inauguration address and apply it to their lives as the country faces its current health and economic crisis.
“Not asking what can be done for us. But asking what more we can do, and we’ve forgotten that John F. Kennedy quote to such an extraordinary degree, and I think this is the time to remember it,” he said.
Kennedy, who in 1961 was a liberal Democrat, would likely be shown the door in today’s Democratic Party.
But his words resonate today as much now as they did in 1961, especially for Crenshaw.
On Jan. 20, 1961, speaking about the country’s fight against communism in the midst of the Cold War, the newly minted president delivered a rousing speech to unite the country against a common enemy.
“Let the word go forth from this time and place, to friend and foe alike, that the torch has been passed to a new generation of Americans — born in this century, tempered by war, disciplined by a hard and bitter peace, proud of our ancient heritage — and unwilling to witness or permit the slow undoing of those human rights to which this Nation has always been committed, and to which we are committed today at home and around the world,” the 35th president said at the Capitol in Washington, D.C.
He then delivered one of the most memorable lines in American history.
“And so, my fellow Americans: Ask not what your country can do for you — ask what you can do for your country.”
Crenshaw shared an excerpt of his Fox News appearance in a Twitter post Monday, which he captioned, “Everyone has a mission right now. It is time to remind each other of our strengths, not our weaknesses.”
As more Americans test positive for COVID-19 and jobless claims reach record numbers, Crenshaw is asking Americans to pull inspiration from a previous chapter in the history of the country — an era that was also filled with adversity and uncertainty.